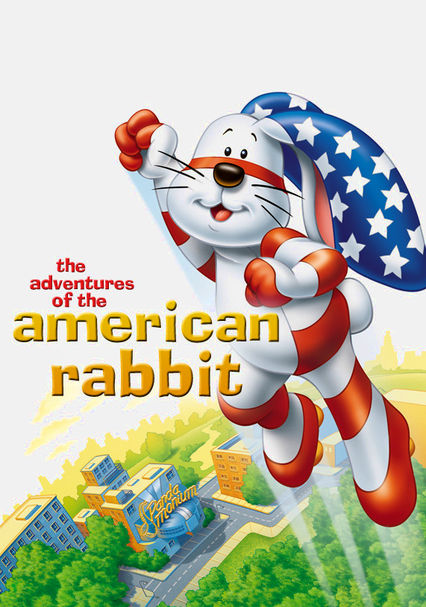 1986 G 1h 22m DVD
In this engaging animated feature, gentle bunny Rob Rabbit suddenly finds that he can change at will into a heroic crime-fighter who -- decked out in an American flag costume -- must take on a gang of dastardly jackals.

Parents need to know that, in true superhero tradition, Rob Rabbit (in his role as the very patriotic "American Rabbit") frequently averts disaster in the nick of time. He manages to save the citizenry from explosions, fires, a dangerous waterfall, and an attempt to blow up the Statue of Liberty, all of which have been instigated by dastardly villains. It's all clearly cartoon violence, and though the victims are mildly frightened before they're saved, there's no attempt at heightened suspense or danger. The main bad guy constantly berates his followers, calling them countless insulting and disrespectful names. Many heavy-handed messages are delivered, but they're notalways modeled. For example, Rob Rabbit often talks about the importance of teamwork, but except for one short group protest, he works entirely alone.

Cartoon action. Characters are saved from a falling rock, a pack of menacing jackals, a shipboard fire and explosion, drowning in a tank, going over a waterfall, and a plot to dynamite the Statue of Liberty. No one is hurt or killed.

Every few minutes the story and action stop so that an undisguised positive message can be delivered to the viewer: "It's important to play fair, cooperate and be honest," "Judge people by what they do, not what they look like," "It's important to feel the music as well as play the notes," "A hero works hard to make the world a better place," "You can't give in to threats and bullying," "We're lost without the courage to stick together."

Characters drink a foamy liquid from a beer mug in a nightclub. One inebriated dog is rousted by a gang of evil jackals as he drinks from a bottle in a brown paper bag.