The Adventures of the Black Stallion 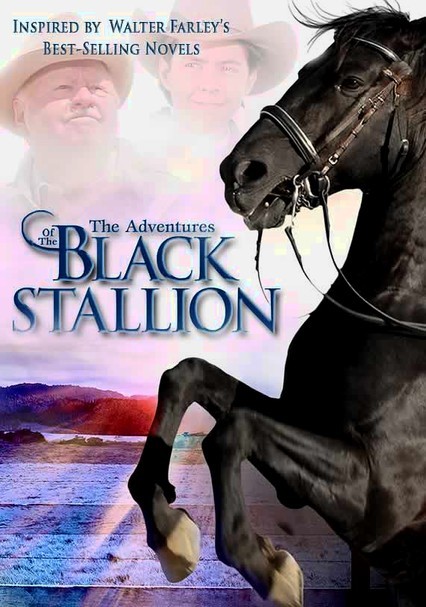 The Adventures of the Black Stallion

1990 NR 2 seasons
Picking up where the 1979 movie left off, this uplifting dramatic series continues the saga of young Alec Ramsey (Richard Ian Cox) and his extraordinary horse, called simply the Black, whose blazing speed and heart mark him as a potential champion racer. The strong bond between Alec and the Black carries boy and horse through a succession of perils and triumphs. Mickey Rooney repeats his film role as horse trainer Henry Dailey.

Young Alec Ramsay (Richard Ian Cox) and his wild black stallion turned racehorse return for a second season of adventures -- which include a scary stay in a ghost town with a madman; competition with a beautiful opponent and her mysterious horse; and a bad fall that leaves Alec with amnesia. Inspired by Walter Farley's beloved best-selling novels, this heartwarming family series co-stars Mickey Rooney as Alec's trainer, Henry Dailey.

Richard Ian Cox saddles up for a third season to play Alec Ramsey, a teenager who roams the globe competing on the racehorse circuit with the Black, a beautiful stallion that only he can ride, and his trusty trainer, Henry Dailey (Mickey Rooney). This season, Alec's adventures include falling for the wrong girl, a near-drowning experience and helping Black to recover from an injury that threatens to put the animal's career in jeopardy.