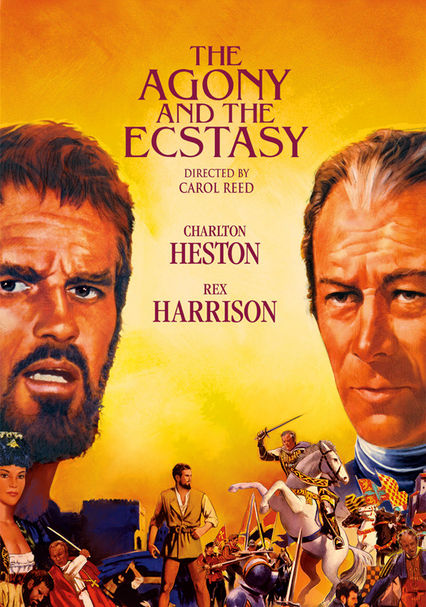 1965 NR 2h 18m DVD
Charlton Heston stars as Renaissance artist Michelangelo, who begrudgingly paints the Sistine Chapel for imperious Pope Julius II (Rex Harrison) in this epic adaptation of Irvine Stone's novel directed by Carol Reed. While the novel covers Michelangelo's life from birth to death, the film focuses on the battle of wills between the perfectionist artist and the impatient Pope who commissions (and eventually commands) him to paint the famed chapel.