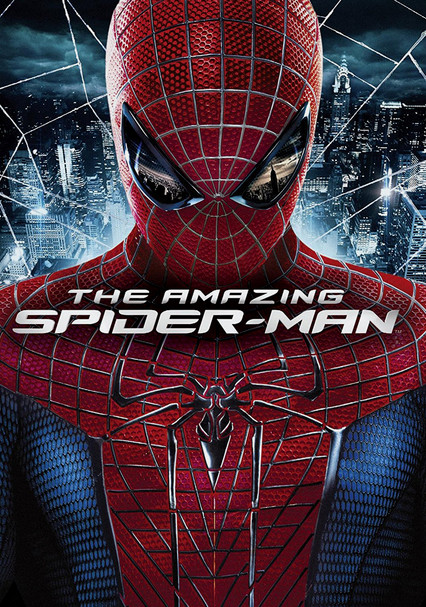 2012 PG-13 2h 16m Blu-ray / DVD
The story of Spider-Man takes a turn toward the darker side in this reboot of the hit superhero franchise, which reveals how high school lad Peter Parker learns to wield his newfound powers while facing down arch-villain The Lizard.

Parents need to know that The Amazing Spider-Man sticks pretty closely to the standard superhero template. There's an average guy (Andrew Garfield) who mysteriously receives amazing powers and is suddenly thrust into the unfamiliar role of savior, some tame romance (kissing, flirting), mild swearing ("damn," "hell"), and lots of comic book-style action -- cars getting thrown off bridges, villains throwing heroes through walls, and assorted other mayhem, some with weapons and a bit of blood. Popular actress Emma Stone co-stars as Spidey's love interest, and Martin Sheen adds gravitas in the tragic role of Peter Parker's kind Uncle Ben.

Some flirting, and a few romantic kisses.

Plenty of super-powered comic book-style action, including cars getting thrown off bridges, villains throwing heroes through walls, and assorted other mayhem. A mugging leaves a shot bystander bloody and dying, and Spider-Man's first crime-fighting efforts target other muggers, who are clearly outmatched and beaten badly. An NYPD assault team tries to take out both Spidey and The Lizard, using high-powered weapons that leave the web-slinger injured and bloody. The villain impales a cop with his long claws, leaving the officer critically injured. Some bullying among high school students.

Much is expected from those to whom much is given (or, in other words, with great power comes great responsibility). That's the theme that pushes Spider-Man to take on the much stronger Lizard, with some concerns about his abilities, since nobody else really has the ability to stand up to the bad guy. Teamwork and collaboration play important roles, and love (familial, romantic) is a big theme of the movie.

The villain injects himself with a powerful drug that turns him into a giant lizard.