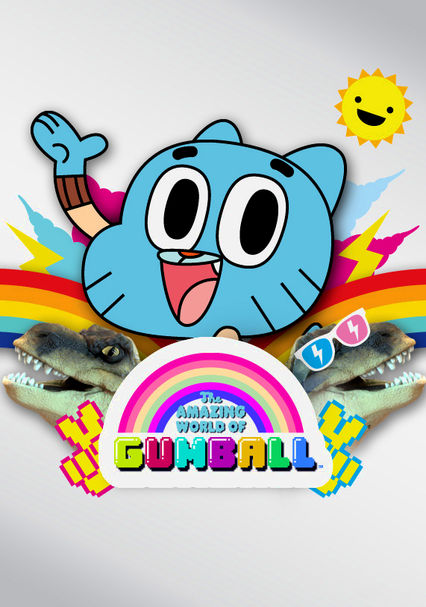 2011 NR 1 season
Gumball the cat and his goldfish, Darwin, get into all kinds of crazy situations in this engaging animated series. Gumball's zany world includes his enormous rabbit dad, his rainbow factory worker mom and his crush, Penny -- a peanut with antlers.

Enter the wacky world of Gumball, a 12-year-old cat whose chaotic life and misadventures are hardly run-of-the mill. After all, his brother is a walking goldfish, he's got a crush on Penny, a peanut with antlers -- and that's just for starters!