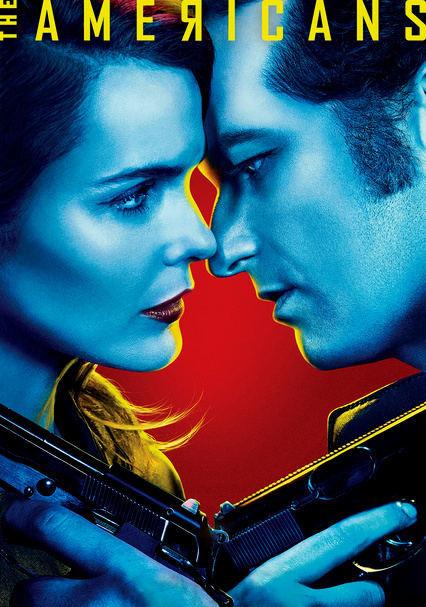 2013 TV-MA 6 seasons
Set during the Reagan presidency, this Cold War drama follows two married Soviet sleeper agents living discreetly near Washington, D.C. But tensions begin to mount for the couple when a spy-hunting FBI man moves in nearby.

As the Cold War intensifies under President Ronald Reagan, two married Russian spies living undercover in Washington, D.C., struggle to keep their family together and fulfill their duties to their former homeland despite new loyalties.

The masquerade continues for D.C.-based Soviet sleeper agents -- and spouses -- Philip and Elizabeth Jennings in Season 2 of this Cold War-era drama. Leading what appear to be ordinary lives, the couple faces some extraordinary challenges.

This season, Frank Langella joins the cast in a recurring role as the Jennings' prior KGB handler, who comes out of retirement to monitor undercover Soviet operatives Phillip and Elizabeth.

As the season begins, Elizabeth and Philip must grapple with the consequences of everything they've wrought. Meanwhile, Stan may be getting closer to learning the truth about his neighbors.

With teenage Paige now aware of her parents' real occupation -- spying for the KGB -- her nascent romance with neighbor Matthew becomes problematic, given his father's work as an FBI agent.

It is 1987, and an imminent Gorbachev-Reagan nuclear arms summit promises to ease world tensions. But life for the Jennings family is more precarious than ever: Elizabeth's relentless dedication as a KGB agent has dealt a potentially lethal blow to her marriage to Philip, who has left espionage behind. As Philip's friendship with FBI agent Stan Beeman grows, the danger of exposure of the family "business," which now includes Paige, reaches crisis level.