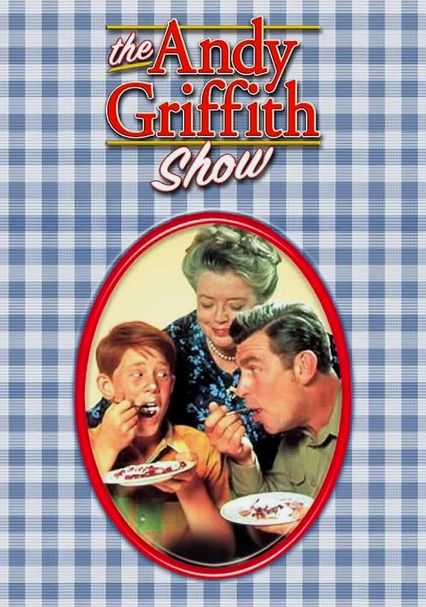 1960 TV-G 5 seasons
Steeped in nostalgic Americana, this enduring TV classic stars Andy Griffith as Andy Taylor, an easygoing sheriff who uses his badge to foil flimflam artists and other scoundrels who attempt to disrupt the peace in the sleepy hamlet of Mayberry. Andy also uses his gentle persuasion to resolve conflicts that break out among Mayberry's own, including Aunt Bee (Frances Bavier), Deputy Barney Fife (Don Knotts) and Andy's son, Opie (Ron Howard).

Season 2 of the classic television show set in Mayberry, N.C., continues to follow the life and times of widower Andy Taylor (Andy Griffith), who spends his days answering the questions of his son, Opie (Ron Howard), and tending to the citizens of Mayberry as the town sheriff. But with almost no crime to crack down on, Taylor and his deputy (Don Knotts) regularly engage in long-winded talks about life to pass the time.

One of television's most beloved fathers returns for a sixth season, with sheriff and widower Andy Taylor (Andy Griffith) spending his time dispensing homespun advice to his precocious son, Opie (Ron Howard), and keeping order in a town chock full of crazy characters. Of course, Andy's kindly Aunt Bee (Frances Bavier) is always around to add her two cents. Guest stars include Pat Hingle and Jamie Farr.

Parents need to know that although this classic '60s comedy series features simplistic storylines and dated humor, it also offers timeless lessons about responsibility, kindness, and the consequences of your behavior. It's a cheerful, squeaky clean -- and very idealized -- example of strong family and community relationships in a small town.

Sheriff Taylor rarely wears a gun, but Deputy Fife likes pulling out his revolver (which is sometimes visible but never used). Fife carries around a bullet in his pocket.

Positive representations of family, particularly single parenthood and father-son relationships. Sends a positive message about the strength of community and has good lessons about being kind and responsible and accepting consequences. Because Andy Taylor is a sheriff, there are references to crime and occasional arrests are made, but it's all very tame.

One of the secondary characters (Otis) is the town "drunk." But alcohol is never visible.