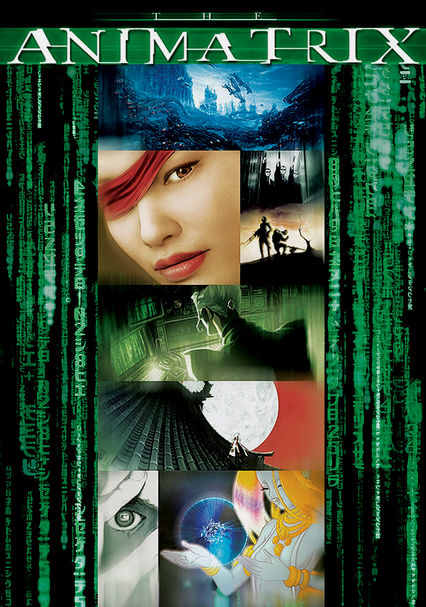 2003 NR 1h 41m Blu-ray / DVD
Straight from the creators of the groundbreaking Matrix trilogy, this collection of short animated films from the world's leading anime directors fuses computer graphics and Japanese anime to provide the background of the Matrix universe and the conflict between man and machines. The shorts include Final Flight of the Osiris, The Second Renaissance, Kid's Story, Program, World Record, Beyond, A Detective Story and Matriculated.

Parents need to know that although these short films are animated, they're rather violent. In some cases, the violence is no different than that in a video game, but in others the graphic nature of the violence rivals live-action movies. Heads are crushed, a person is torn limb-from-limb, a teenager jumps to his death from a roof, and many characters, men and machine alike, die. Strong bonds of love and loyalty between men and women and friends are also touched upon, but the action often intervenes. A realistic, 3-D animated woman wears a thong bikini, but sexual content is minimal and at most, suggestive.

Action movie courage and heroics, yet by aggressive means.

If you count the Matrix franchise.

Like the film, the main character is forced to choose a red or blue pill, however, not for recreational purposes.