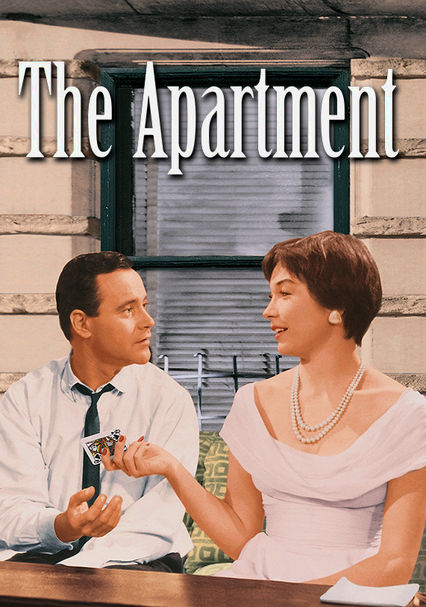 1960 NR 2h 5m DVD
With furthering his career in mind, an insurance clerk lends his apartment to his adulterous higher-ups for their amorous affairs. But his fast track to an executive suite gets derailed when he becomes involved with his boss's latest conquest.

Parents need to know that this screen classic features an attempted suicide via pill overdose and a few other suicide tries (or actions that are mistaken for suicide tries) more or less played for laughs. The main focus of the plotline is sex and adulterous affairs -- but in keeping with censorship of the era, it's lots of carefully-coded talk. Nothing explicit is shown. There are, however, intervals of heavy drinking and smoking. It will be an uphill battle getting some younger viewers who can't tolerate anything not in color to sit still and watch this talky dramedy.

Even though the whole plotline revolves around extramarital affairs, nothing is ever shown, and the dialogue about nonstop lovemaking is all euphemistic. When the hero, Baxter, is suspected by neighbors of having sex with two women in one night, for instance, it's talked about as a "double-header." Baxter refers to himself at one point as a "sexpot" -- and that's as intense as it gets.

One punch. An attempted suicide via pill overdose and a few other suicide tries.

One use of "damn" in the Gone With the Wind sense ("He doesn't give a damn about me").

Though C.C. Baxter eventually does the right thing, there is a certain old-fashioned sexism of women as pliant man-toys and office sex objects, with no outside lives or destinies of their own besides being wives or mistresses/secretaries. While protagonists are overwhelmingly white, filmmakers do suggest the ethnic diversity of New York City with some apparently Jewish characters and some Asians (the latter, however, aren't allowed any dialogue). The skyscraper corporate/big-business environment is portrayed as cutthroat and dispiriting to anyone who doesn't want to play dirty (or violate ethical codes) to get ahead.

Drinking at a raucous office party, on dates with floozy-ish women, and alcohol in a bar as a remedy for the blues. The main character smokes, and we see a brief ad for cigarettes (the brand not specified) on TV, back when such things were commonplace.