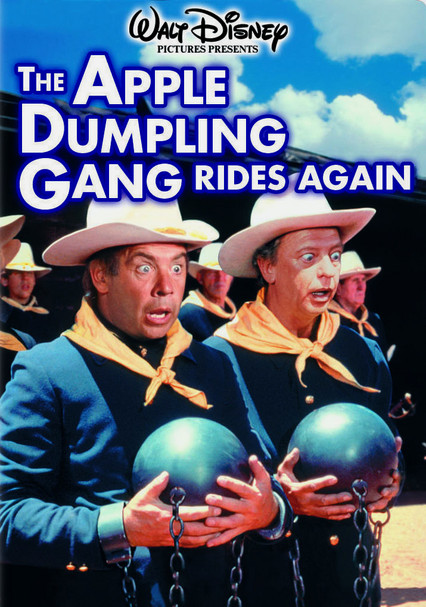 1979 G 1h 28m DVD
In this sequel to Disney's popular comedy adventure, Don Knotts and Tim Conway return as the two inept outlaws from the Apple Dumpling Gang. Determined to go straight, they roll into Junction City … and are promptly framed for a bank robbery. From there, every attempt to straighten out their situation results in more bumbling mayhem. Veteran Disney director Vincent McEveety helms this slapstick Western co-starring Harry Morgan and Ruth Buzzi.