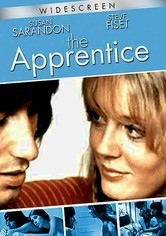 1971 NR 1h 21m DVD
Susan Sarandon stars as Elizabeth Hawkins, a free-spirited model who wants to explore her sexuality without limitations, which creates serious complications in her relationship with her increasingly insecure boyfriend, Jean-Pierre (Steve Fiset). Meanwhile, he is caught between two romances of his own -- the one with Elizabeth as well as a liaison with a virginal young woman -- prompting him to commit a crime.