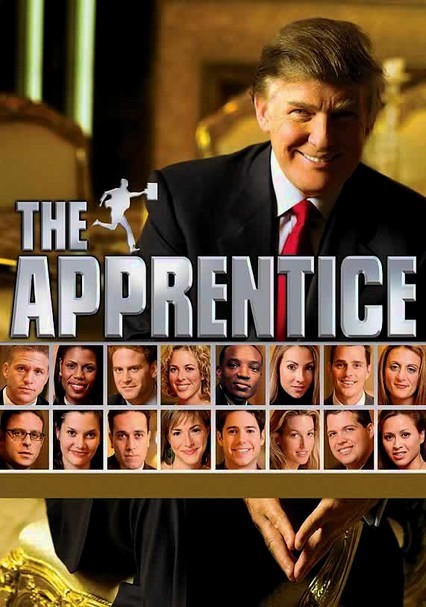 2004 TV-14 1 season
Real estate mogul Donald Trump joins forces with reality television ace Mark Burnett in this series that finds wannabe tycoons competing to see if they have the business acumen and driving ambition required to work for one of Trump's companies. Cutthroat challenges requiring salesmanship, intellect and guts separate the worthy from the pretenders, who are doomed to hear the harsh pronouncement "You're fired," before they leave in disgrace.

"The Apprentice" is an example of what happens when one of the most successful businessmen in the country collides with the king of reality television. Donald Trump teams up with executive producer Mark Burnett ("Survivor") to develop an exciting reality series that brings survival into the boardroom, with the ultimate prize being a job with Trump himself. Relive the original series that brought a whole new meaning to the phrase "You're fired!"

Parents need to know that this show includes many product endorsements. Female contestants sometimes use "sex appeal" to boost sales or to get attention. Though there are no explicit references to sex, this show can sometimes reinforce negative stereotypes of females in the workplace. Some seasons of the series revolve around "celebrity" contestants like Stephen Baldwin and Gene Simmons -- who presumably participate to promote themselves and their projects, as well as to compete.

Some challenges involve slightly risque behavior (like posing in bed for a print ad).

Occasional use of the word "bitch."

The show underscores that it is necessary to be both competitive and cooperative to get ahead. It also teaches that money is everything.

A near-constant stream of product placement.