The Art of Soccer with John Cleese 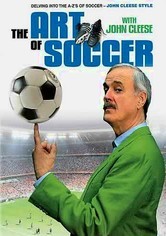 The Art of Soccer with John Cleese

2008 NR 1h 54m DVD
Funnyman John Cleese leads viewers through an exhaustive -- and hilarious -- tour of the world of soccer, complete with the sport's most memorable goals, kicks, saves, goofs and penalties. Also included are reflections on soccer's impact on culture, including the Monty Python sketch "Philosophy Football," and interviews with celebrities Dave Stewart, Dennis Hopper and Henry Kissinger, as well as soccer icons Pelé, Mia Hamm and Thierry Henry.