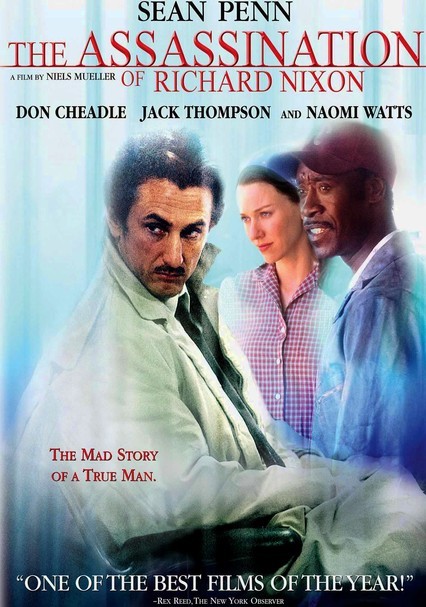 2004 R 1h 35m DVD
Set in 1974, this arresting psychological drama based on real-life events centers on Samuel Bicke (Sean Penn), an antisocial, unstable salesman who parlays his delusions of grandeur into a plot to assassinate President Richard Nixon. As his life begins to disintegrate, Bicke decides to take extreme measures to achieve his warped version of the American Dream. The supporting cast includes Don Cheadle, Naomi Watts and Mykelti Williamson.