The Astonishing Work of Tezuka Osamu 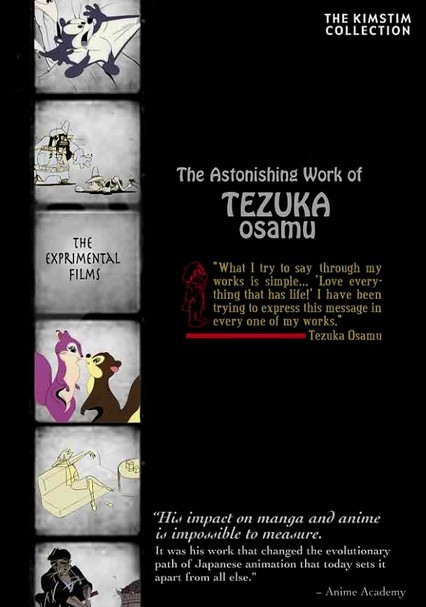 The Astonishing Work of Tezuka Osamu

1962 NR 2h 31m DVD
The animated art of Japan's late Tezuka Osamu (1928-89), known alternately as "the God of Manga" and "the Father of Anime," takes center stage in this anthology of 13 of his most innovative short films. Highlights include Osamu's masterwork "Legend of the Forest," which manages to depict the history of animation through a plot involving animals, fairies, wizards, wood sprites -- and the evil industrialists who are out to crush their world.