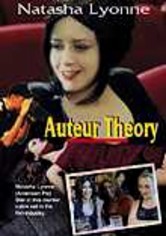 1999 UR 1h 22m DVD
The Auteur Theory hilariously thumbs its nose at the oft-pompous indie film industry and its filmmakers. A documentary filmmaker makes a movie about a student film festival -- its contestants, its inner workings, the awards and so on. Hoping to find tension and drama that every good story exploits and deserves, the documentary director gets more than he bargained for when contestants are suddenly turning up dead.