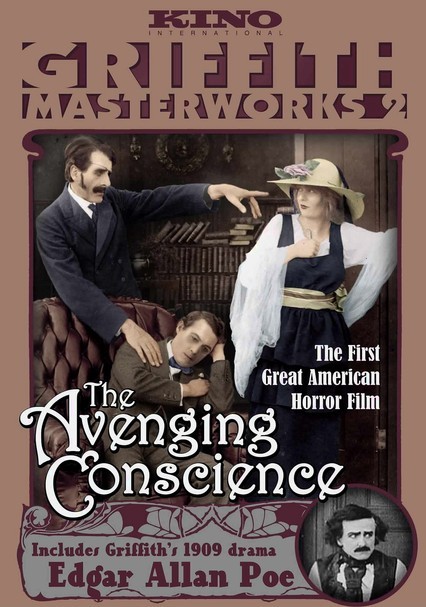 1914 NR 1h 24m DVD
Regarded as the "First Great American Horror Film" and inspired by the writings of Edgar Allan Poe, this harrowing tale from director D.W. Griffith centers on a young man (Henry B. Walthall) driven to madness by his own murderous actions. In addition to the groundbreaking feature-length film, this collection also boasts Griffith's 1909 short film "Edgar Allan Poe," starring Herbert Yost as the legendary gothic author.