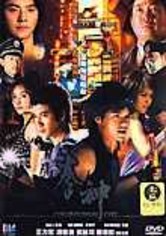 2001 NR 1h 30m DVD
In the near future, scientists begin to conduct research on the Power Glove, a device that will yield unimaginable power. But the gloves are stolen by a special agent (Roy Cheung) who subsequently disappears. Decades later, he reemerges to rule the world. Now, a new generation of special agents must come together and defeat the omnipotent enemy, who goes by the moniker the God of Fists.