The Awful Truth with Michael Moore 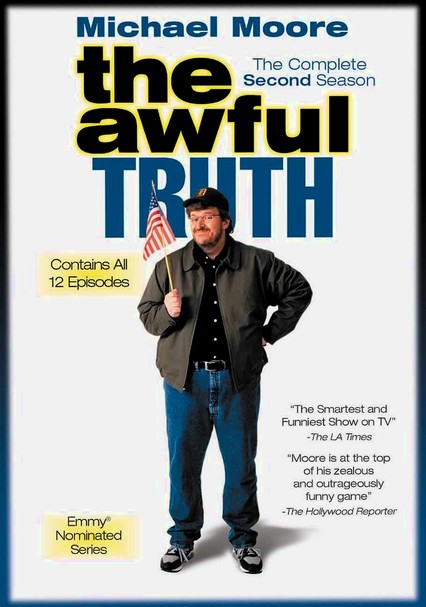 The Awful Truth with Michael Moore

1999 NR 2 seasons
Filmmaker Michael Moore uses ample humor to hammer home his points in this documentary series that exposes corporate, government and societal problems in sometimes-outlandish ways -- like driving a "Sodomobile" through states that criminalize sodomy.

In this Bravo TV series, Academy Award-winning "guerrilla" filmmaker Michael Moore takes on bureaucrats and corporations accused of wrongdoing in his effort to bring injustices to light and win a few for the common people. His "in your face" method of obtaining results has gotten the show shut down by the mayor of New York City, Moore sued by a wealthy industrialist and landed the Corporate Crime-Fighting Chicken in a Disney World jail.

Michael Moore -- Academy Award-winning "guerrilla" filmmaker, activist and outspoken warrior for the underdog -- takes to the road again and continues to take up the fight for people who have lost fighting corporations themselves. Hailed by critics as one of the most daring shows in recent years, Moore takes pride in his ability to turn on the cameras and make alleged wrongdoers try to avoid him, getting downright angry as they defend themselves.