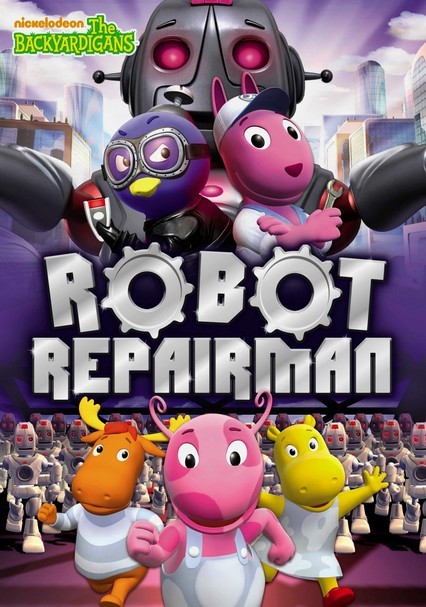 2009 NR 1h 38m DVD
Tiny tykes will delight in the animated musical adventures of the five preschool pals -- Pablo, Tyrone, Uniqua, Tasha and Austin -- who turn their shared backyard into the world of their imaginations in this episode of the popular children's show. Robot repairmen stumble on a metropolis of the future grooving to the beat of roller disco when they lend the Backyardigans a hand in "Robot Repairman."