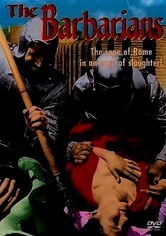 1953 NR 1h 23m DVD
Italian director Ferruccio Cerio's action-packed costume drama takes place in the early 1500s, when King Charles V of Spain sent a fleet of Spanish and German mercenaries to conquer Rome. Angered by their lack of pay and poor living conditions, however, the soldiers went far beyond simply securing the city -- they raped and pillaged it, changing the course of the Renaissance through what's become known as the Sack of Rome.