The Battle of Chile: Part 2: The Coup d'Etat 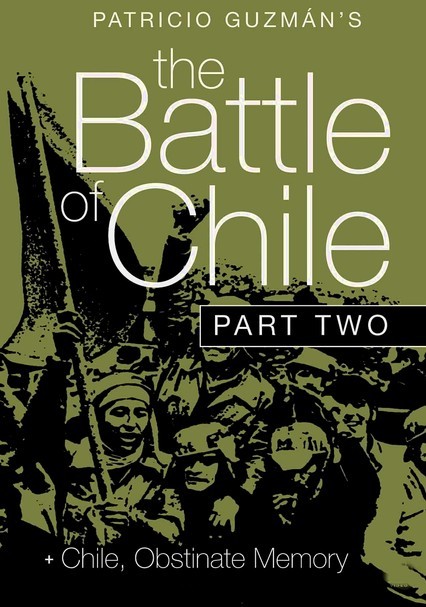 The Battle of Chile: Part 2: The Coup d'Etat

1976 NR 1h 28m DVD
This second installment of this documentary by filmmaker Patricio Guzmán chronicles the bloody political upheaval that rocked Chile from June to September 1973, when Gen. Augusto Pinochet staged a military coup to overthrow President Salvador Allende. Filmed on the streets while events were unfolding, this film captures the brutal violence that marked Pinochet's grab for power, including the presidential palace bombing in which Allende was killed.