The Battle of Chile: Part 3: The Power of the People 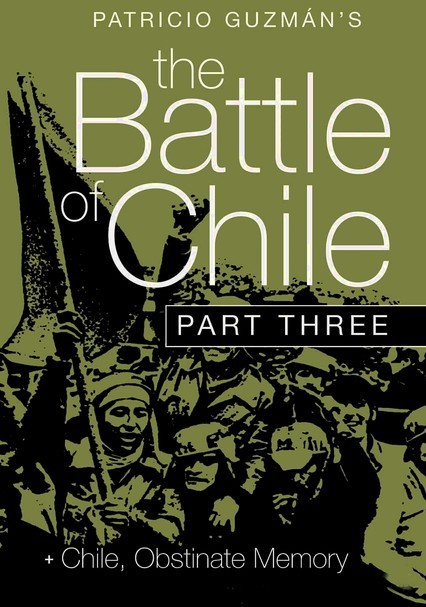 The Battle of Chile: Part 3: The Power of the People

1978 NR 1h 19m DVD
In the third segment of his acclaimed documentary, filmmaker Patricio Guzmán chronicles the efforts of common Chilean citizens to organize and cope with the aftermath of the bloody coup d'état staged by Gen. Augusto Pinochet in September 1973. As these grassroots movements work together to distribute food and provide other services, they form a residual socialist resistance against their brutal new right-wing government.