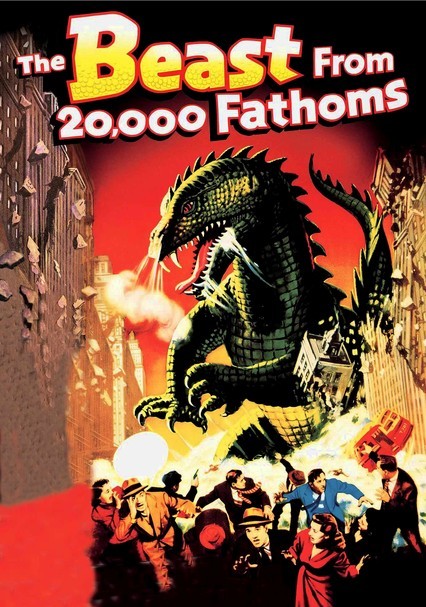 1953 NR 1h 20m DVD
This 1953 sci-fi classic, directed by Eugene Lourie and starring Paul Christian, Ross Elliott and Cecil Kallaway, brings to the screen Ray Bradbury's short story "The Fog Horn." The powerful force of atomic testing in the Arctic has awakened a sleeping rhedosaurus that's been frozen solid in ice, and the creature rises from the sea to exact revenge in the streets of New York. Features animation by Ray Harryhausen.