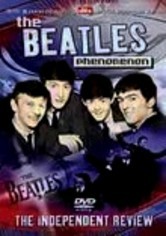 2007 NR 1h 5m DVD
Arguably the most influential band of all time, the Beatles became a once-in-a-lifetime phenomenon that transformed the world of music. This absorbing documentary celebrates the Fab Four's legacy, recounting their journey from obscurity to international superstardom. Exclusive interviews with the group's friends and confidantes offer a revealing glimpse into the private lives of the iconic mop tops who led the British invasion.