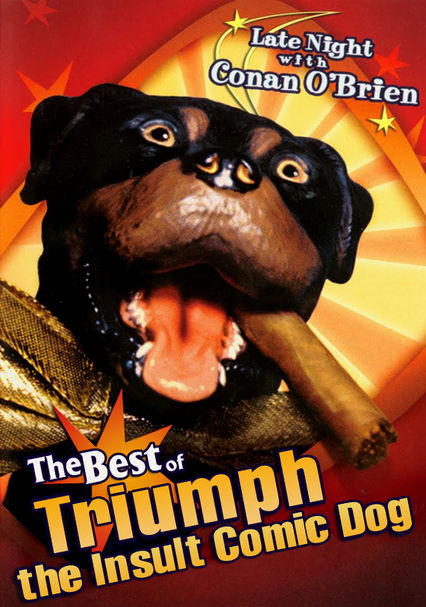 2004 NR 1h 1m DVD
Viewers of NBC's "Late Night with Conan O'Brien" have long clamored for a collection of vintage poops from Triumph the Insult Comic Dog. Since his first appearance on the show in 1997, the raunchy, cigar-smoking, bow tie-wearing, poodle-humping pooch has made dog meat of everything, from the esteemed Westminster Dog Show to his celebrity-trashing of Bon Jovi, "Hollywood Squares" and the "Video Music Awards." Includes bonus footage.