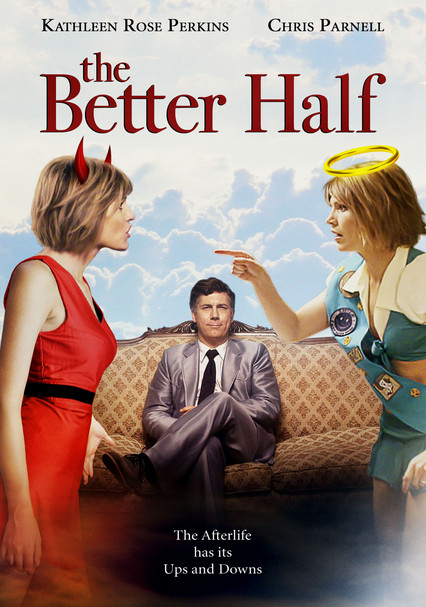 2016 NR 1h 36m DVD
Calista Ryan wakes up one morning to realize that she may not have been the best mother and wife she could have been. She's bossy, selfish, and altogether insufferable. But luckily for her, Calista finds herself waking up in the afterlife -- and apparently someone there believes in second chances! It's there that she meets her guardian angel, Daniel (a hilarious Chris Parnell), and Cali, the fun-loving, bubbly, carefree version of herself... her Better Half! Together they are given 48 hours to go back to earth to clean up the mess that Calista has made of her family.