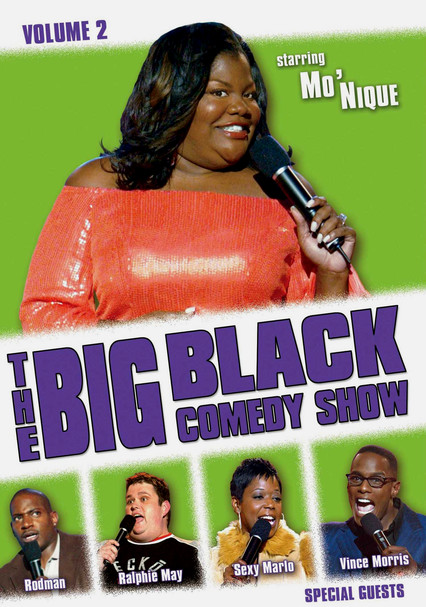 2005 NR 1h 32m DVD
This laugh-packed second installment of "The Big Black Comedy Show" is hosted by Mo'Nique, along with co-host Rodney Perry, and features a talented lineup of today's most popular African-American comics performing their routines at large venues. You'll bust a gut laughing at these talented, in-your-face stand-up acts who don't hold anything back. Vince Morris, Ralphie May, Chris Spencer and Sexy Marlo are among the featured comics.