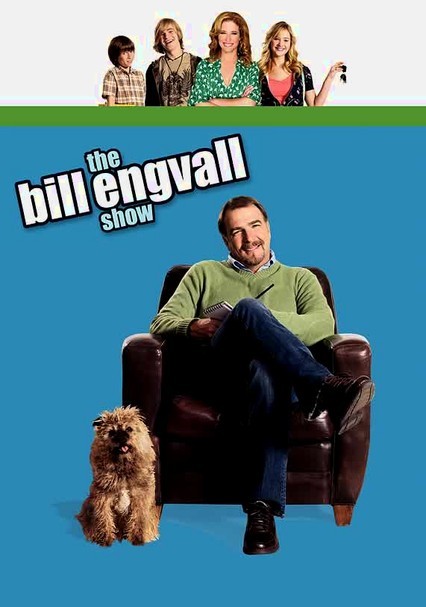 2007 TV-PG 1 season
Blue-collar stand-up comedian Bill Engvall stars in this domestic sitcom as Bill Pearson, a family therapist who would do well to heed his own professional advice as he and his wife, Susan (Nancy Travis), navigate the challenges of raising three children. Sanity is in short supply in the Pearson household, but love and laughter abound nonetheless. Tim Meadows adds to the fun in the role of Bill's best friend Paul, an unlucky-at-love bachelor.

Blue-collar comic Bill Engvall stars as family counselor Bill Pearson. As his wife, Susan (Nancy Travis), struggles with their kids -- teens Lauren and Trent and junior brainiac Bryan -- Bill seems unaware that his own family could use his professional services. In this first season, Bill endures a sobering 46th birthday, Susan reveals she once had a fling with Chris Isaak, and both learn the dangers of singing karaoke while drunk.

Parents need to know that this fairly standard family sitcom revolves around issues that will resonate with many families -- especially those with teens. Marital strife, communication troubles with teens, and balancing family and work life are just some of the issues that are addressed (with humor, of course). Sexuality -- as it relates to teens dating and a middle-aged couple trying to keep the spark alive -- is often touched upon, the father likes his beer, and there's some relatively mild language. But overall, the family unit is an admirable one: The parents communicate honestly with their kids and maintain a loving relationship.

Light sexual innuendo played for humor -- for instance, a teen walks in on her parents naked in their bedroom (upper body nudity only, with the woman shown from behind), and a father uses phallus-shaped vegetables (cucumber, zucchini, etc.) when telling his son about using protection during sex. Brothers vaguely discuss how pregnancy occurs (the older one corrects the younger's misconception that French kissing does the job). One supporting adult male character often obsesses about the opposite sex. Typical dating and relationship issues arise in a household with two teens.

The parents are devoted to each other and their kids. Typical family and marital issues -- like communicating with teens, balancing family and work, and handling family finances -- are addressed with humor. Gender roles are fairly old-fashioned, with Mom doing the cooking and cleaning and Dad bringing home the paycheck, but the father does play an active role in raising the kids. The family often prays before meals, and parents and kids express their love for each other.

The father usually pops open a beer when he comes home from work.