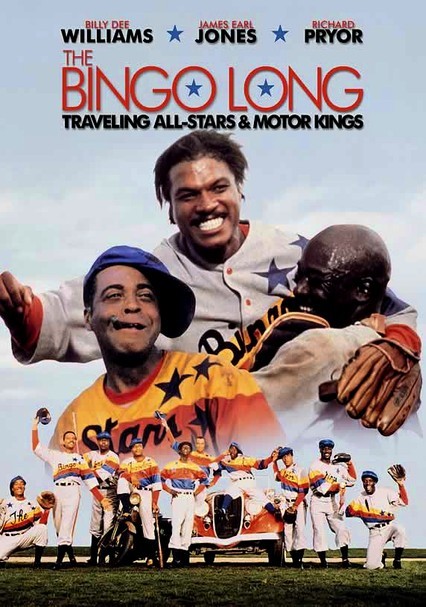 1976 PG 1h 51m DVD
In director John Badham's congenial comedy, baseballers Bingo Long (Billy Dee Williams) and Leon Carter (James Earl Jones) lead a group of fellow black players defecting from the Negro League in 1939 thanks to their unethical, tightfisted team owners. The duo soon strikes out on their own, forming a barnstorming squad that squares off against their white counterparts in pickup games. Richard Pryor is among the familiar faces in the topnotch cast.

Parents need to know that this overlooked movies of the '70s has great baseball sequences and a festive attitude. But it is less than admirable in the way it treats women, who are portrayed as objects of sexual conquest. Older kids will be entertained, but parents should determine if the material is appropriate for their child, given the sex, drinking and mature themes involved. Teens will like the players' antics and find the historical content interesting.

Several of the ballplayers are seen in bed with women, but little is actually shown.

Minor fistfights. A player is slashed with a razor blade off-screen.

An accurate account of segregation and racial animosity in the late '30s. Loyalty is portrayed as a noble ideal. The sexual proclivities of the players are depicted with a "boys will be boys" attitude. One player hires a prostitute. Though the movie handles race issues responsibly, parents should be aware that strong racial epithets are used, often by the black players themselves.

The players smoke, drink, and carouse.