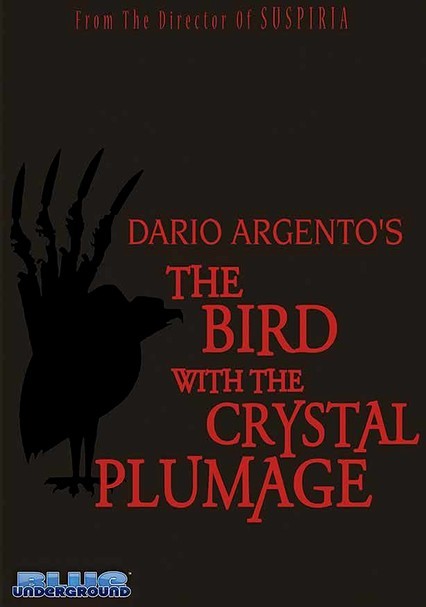 1970 NR 1h 38m Blu-ray / DVD
Witnessing a brutal attack on a woman but unable to help her, Sam (Tony Musante), an American traveling in Rome, soon finds himself the target of an elusive killer. The deeper Sam delves into the mystery, the more at risk he becomes. This highly stylized thriller marks the directorial debut of horror master Dario Argento (Suspiria, Opera), who would later become known as the Italian Alfred Hitchcock.