The Black Crowes: Who Killed that Bird Out on Your Window Sill...The Movie 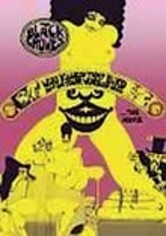 The Black Crowes: Who Killed that Bird Out on Your Window Sill...The Movie

1992 NR 1h 24m DVD
Fans of the brothers Robinson will enjoy this inside glimpse at the life and times of their enormously popular blues-oriented rock band, The Black Crowes. Through video clips, live performances, backstage footage, MTV spots and TV appearances, this video captures the Crowes at the peak of their popularity. Tracks include "Black Moon Creeping," "Jealous Again," "Twice As Hard, "She Talks to Angels," "Remedy" and "Thick 'n' Thin."