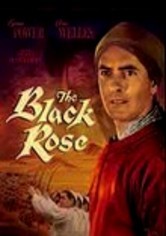 1950 NR 2h 0m DVD
After leading an unsuccessful revolt against the king, 13th-century nobleman Walter of Gurnie flees England. After a journey to China, Walter returns to England, where King Edward welcomes him back for the magic gunpowder Walter brings from the East.