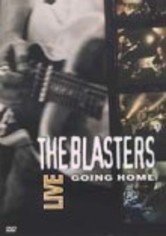 1998 NR 1h 26m DVD
In the late 1970s, the Los Angeles rock scene got a new spin on American-roots rock through the sounds of The Blasters. Thirty years later, the band reunited with a riotous 19-track set. Songs include "Marie Marie," "Border Radio," "I'm Shaking" and many more. Look for guest appearances by Sonny Burgess and Billy Boy Arnold.