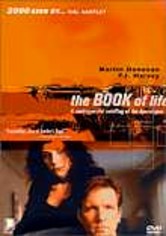 1998 NR 1h 3m DVD
This comedy about the second coming of Christ and the start of the apocalypse finds Christ (Martin Donovan) arriving in New York City on Dec. 31, 1999, pondering whether to fulfill his mission: break the Seven Seals on his laptop and trigger Armageddon. The universe's fate lies in the hands of the indecisive Christ as he mopes through the city streets. Hal Hartley directed this installment of the French "Collection 2000 Seen By" TV film series.