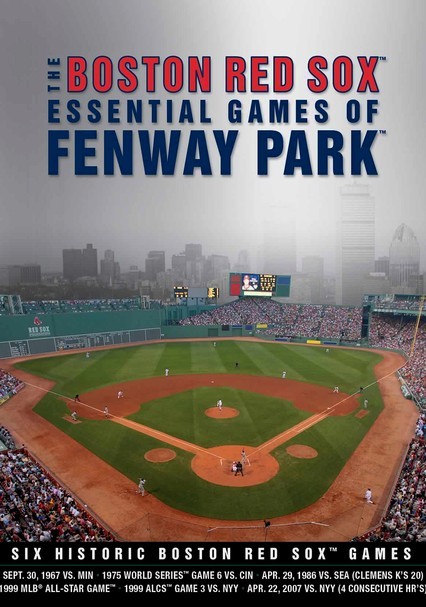 2008 NR 6 discs
Enjoy more than 16 exciting hours of Red Sox action at historic Fenway Park with this collection of the team's six greatest games (including a 1975 World Series victory and 1999 American League Championship win), featurettes and highlights. The crackerjack set covers the bases with five decades of the Red Sox, thrilling victories and amazing plays, featuring the talents of Ted Williams, Carl Yastrzemski, Roger Clemens, Pedro Martinez and others.