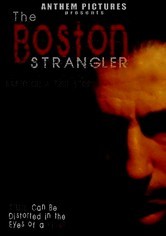 2006 NR 1h 25m DVD
Although he was never charged with the slayings, many suspect that Albert DeSalvo (Mauro Lannini) was the Boston Stranger. But his untimely death at the hands of a fellow inmate in 1973 while he was serving time for another crime quashed any chance of ever finding out the truth. This fascinating drama recounts the tragic New England killings from DeSalvo's perspective, leaving the question of his innocence or guilt up to the viewer.