The Boy & the Pirates 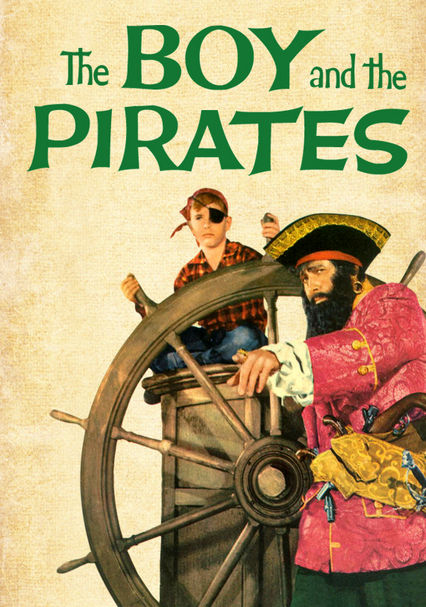 The Boy & the Pirates

1960 NR 1h 24m DVD
After making a wish on an enchanted genie's bottle, little Jimmy Warren (Charles Herbert) is transported back in time to the pirate ship of the feared Captain Blackbeard (Murvyn Vye). But soon, the boy discovers that life on the high seas isn't as glamorous as he'd imagined, and he joins forces with his new friend Katrina (Susan Gordon) to find his way home -- before it's too late. Burt I. Gordon directs this fun family adventure from 1960.

Parents need to know that the ongoing suspense in this swashbuckling, live-action The Boy and the Pirates comes from the predicament of two children who are accidentally aboard a pirate ship. Jimmy and Katrina are frequently in danger, narrowly escaping with their lives. The movie includes lots of swordplay, gun battles, and cannon fire. While it's not very realistic, numerous pirates and their victims are killed during the extending fighting. Swords, knives, and ammunition hit their mark; men are felled, sometimes with a bit of blood to sell it. Very young or super-sensitive kids could be frightened by the much larger-than-life Blackbeard the Pirate and his mates, who snarl, shout, threaten, and kill at will. The pirate captain loves his rum, too.

Two kids are often in danger. They are threatened at sword point, chased, and yelled at by the pirate captain and some of his men. The movie has multiple battle sequences with swords, knives, guns, and cannons. Men are stabbed (with some blood), "run through" with swords, shot at from close range, and thrown overboard. Many pirates and the innocents on other ships whom they attack are killed and injured.

Jimmy learns: Be careful what you wish for...you just might get it. And he learns to appreciate the life he has.

The pirate captain orders and drinks rum on several occasions.