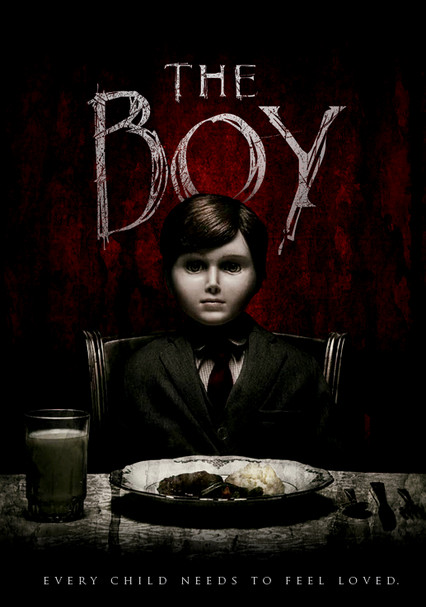 2016 PG-13 1h 38m Blu-ray / DVD
Hired as a nanny by a prosperous British couple, young American Greta arrives at their estate to discover that the "boy" she's to look after is a doll -- whose "parents" insist on treating as a flesh-and-blood child.

Parents need to know that The Boy is a "creepy doll" horror film. It's not entirely original, but it is well-made, and it could catch on with teen horror-hounds. While not overly gory, characters do die (both by stabbing and via suicide), words are written in blood on a wall, and there are scary sounds and jump-scares, characters fighting and being slammed around, and dead rats. A man and a woman kiss, moving toward sex, but they're interrupted; there's also some flirting and shots of a woman taking a shower (no graphic nudity) and wearing a towel and underwear. Language is infrequent but includes uses of "s--t," "bitch," and "hell." A character drinks wine in one sequence.

A man and a woman kiss passionately; they're clearly moving toward sex but are interrupted. She's shown in her underwear, taking a shower (no nudity), and wearing a towel. Flirting. A driver stares at a woman's cleavage in the rear-view mirror.

Advocates not being victimized or controlled by others.

A character drinks several glasses of wine by herself. Glass of beer shown at dinner.