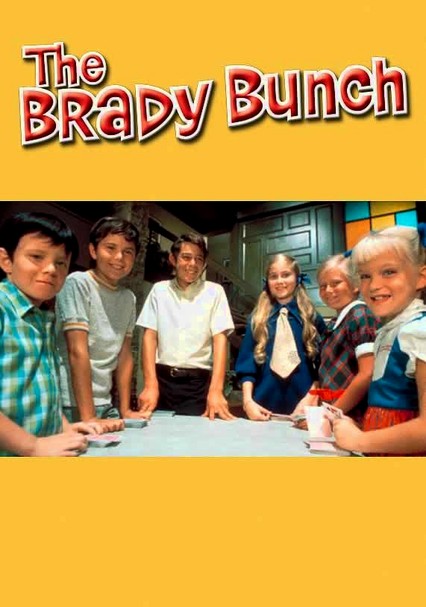 1969 TV-G 3 seasons
As a blended family living in the 1970s, the six kids, two parents and one housekeeper of the Brady clan never let a minor setback get in the way of their wholesome outlook on life. It's part comedy, part showcase of period style -- and all groovy.

America's most-identified-with family -- at least to baby boomers -- is back with a third season of comic misadventures, including minor crises (sibling rivalry and the like) and lessons learned (winning a trophy isn't everything). This wholesome family is united when single mother Carol (Florence Henderson) finds love and marriage with single father Mike Brady (Robert Reed). Ann B. Davis also stars as the Bradys' goofy housekeeper, Alice.

America's fave 1970s clan returns for a fourth season of comic capers and minor domestic disputes, beginning with the Bradys' Hawaii vacation, when Bobby finds a cursed tiki statuette, and ending with Greg and Marcia turning the attic into a bedroom.

Everybody's favorite television family, the Brady clan, is growing up. The final season includes the introduction of the family's cousin Oliver (Robbie Rist), Greg's audition for the TV show "Adios, Johnny Bravo" and a guest appearance by quarterback Joe Namath. This amazingly popular sitcom became a snapshot of America's early 1970s pop culture -- and featured some of the widest bell-bottoms ever seen.