The British War Collection: The Ship That Died of Shame 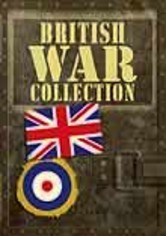 The British War Collection: The Ship That Died of Shame

1955 NR 1h 35m DVD
George Hoskins (Richard Attenborough) is the former lead crew member of a British gunboat that boasted an impressive war-era record. After the war is over, Hoskins and two fellow crew members purchase the vessel in hopes of refurbishing it and using it in a smuggling ring. Little do they know, the ship has a mind of its own and it isn't about to let the men use it in an illegal or dishonorable way.