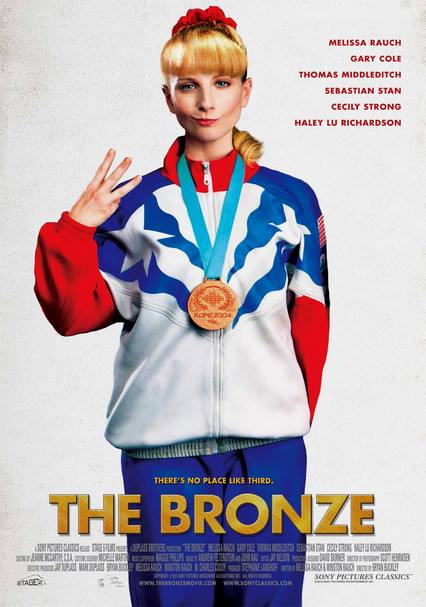 Parents need to know that nothing is sacred in the envelope-pushing dark comedy The Bronze -- whether it's a religious teenager, parental death, the U.S. mail, homeschooling, or the Olympics. This is bold, raunchy stuff, with plenty of swearing ("f--k"s galore); implied masturbation; an extended, graphic sex scene (almost everything is visible, including naked breasts, a butt, and a woman's genital area -- albeit in shadows and from a distance); and people being treated in some pretty terrible ways, including verbal abuse, which is played for laughs. There's also drinking and drug (pot) use. Underneath it all is the idea that even the most seemingly embittered person can find peace and happiness if given the opportunity, but the crude stuff takes center stage.

The lead character is verbally abusive (in a way that's meant to be darkly comic) to her father and anyone else she finds threatening or annoying. Mention of a character committing suicide.

Amid the envelope-pushing content is the message that even the most seemingly embittered person can find peace and happiness, given the opportunity.

Lots of drinking, sometimes to excess, as well as pot smoking. In one scene, an adult doctors a teen's protein shake with weed.