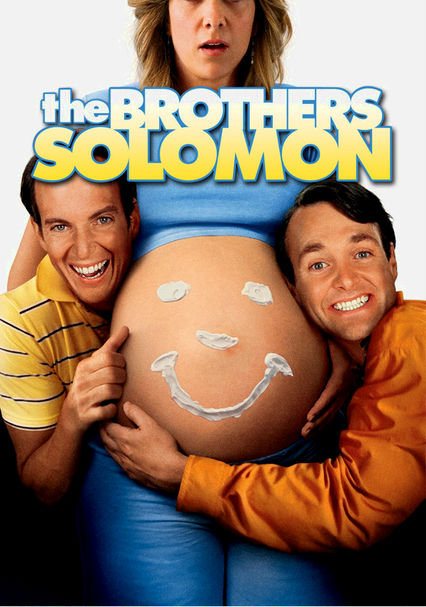 2007 R 1h 33m DVD
The socially inept Solomon brothers (Will Forte and Will Arnett) go on a quest to grant their dying father's last wish to have a grandchild in this quirky comedy. But because their dad home-schooled them in the wilds of the Arctic, the guys have no idea how to relate to women. They give it a good try, though, as they proposition potential mates, look into adoption and surrogacy and engage in their own wacky version of fatherhood training.

Parents need to know that teens may well be interested in this lowbrow comedy -- despite (or, more likely, because of) its frequent jokes about bodily functions and sex, crude innuendo, and strong language (particularly variations on "f--k"). There's some mild slapstick violence (falls, wrestling, minor car collisions), as well as some awkward sight gags (a bloodless dart in the nose), and brief references to drugs (morphine) and drinking. Two dating jokes might be considered mean: Dean calls a girl "fat," and a sight-gag flashback shows the brothers with their prom dates, two older Eskimo women. An African-American character verbally challenges stereotypes but ends up physically fulfilling them, in language and menacing demeanor (he's a walking stereotype).

Cars screech and collide (mildly). Woman is hit abruptly by bus (nothing graphic shown). John hits Dean's nose with a dart (no blood, but wincing). James repeatedly threatens the brothers with violence, but he doesn't take action. The brothers design a crib that can withstand rocks, glass, and other objects being hurled at it (which they demonstrate with loud glee); they also experiment with tossing and catching a doll meant to represent a real infant.

The majority of the movie's jokes are premised on the brothers' social incompetence, which involves farting, misspeaking (particularly blithe, unintentional insults -- like calling a woman fat without any malice), misunderstanding (an African-American character thinks they're racist; cops think they're soliciting children), fighting, and crying. Ignorance (manifested as mean jokes and snide remarks) and the plot about a surrogate mother lead to arguments, threats, and general discomfort (it's framed as comedy, but the results are often strained). The brothers' surrogate makes some good points about the responsibilities of parenthood.

John invites Tara out for drinks, then sets up a dinner with champagne in the hallway outside her apartment (when she rejects him, he drinks ostentatiously); Dean drinks liquor in despair. Brief cigarette smoking.