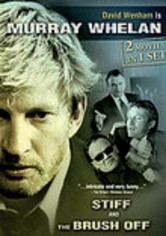 2004 NR 1h 31m DVD
David Wenham stars as Murray Whelan, the hero of Shane Maloney's novels about an Australian agent charged with protecting a government minister. In this volume, Whelan's search for an artist's murderer makes him the target of sinister art thieves. If he can elude them long enough, he might be able to repair his fractured relationship with his son. Mick Molloy and Deborah Kennedy co-star in this tongue-in-cheek thriller.