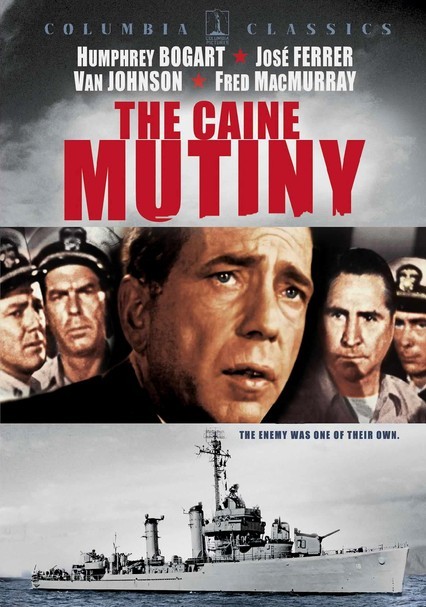 1954 NR 2h 5m DVD
Captain Queeg: madman or misunderstood taskmaster? That's the dilemma facing the first officer (Van Johnson) of the U.S.S. Caine when its stern new captain (Humphrey Bogart) drives the crew to the brink of mutiny. Part sea-going adventure, part courtroom drama, The Caine Mutiny is a tale that manages to be both thrilling and thought-provoking. Bogart shines in one of his last roles.