The Cartoonist: Jeff Smith, Bone and the Changing Face of Comics 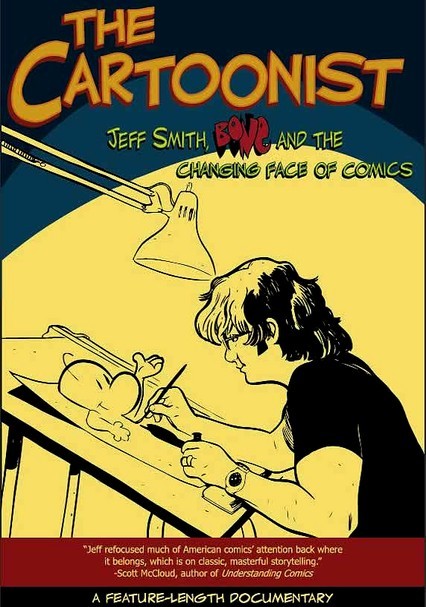 The Cartoonist: Jeff Smith, Bone and the Changing Face of Comics

2009 NR 1h 16m DVD
Jeff Smith, a dedicated cartoonist from the age of 5, finally received broad acclaim with the publication of his graphic novel &NFiBone&NFi_;. Interviews with fellow cartoonists and Smith's other friends trace his long evolution as an artist. The film also shines a light on sweeping changes in the comics universe -- a largely closed world with its own celebrities. Among the artists interviewed are Paul Pope, Terry Moore and Harvey Pekar.