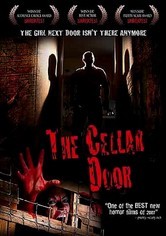 2007 R 1h 26m DVD
Having developed an uncontrollable obsession with the beautiful young Rudy (Michelle Tomlinson), crazed serial killer Herman (James DuMont) kidnaps her and locks her in a cage in his basement. The only way for Rudy to survive this nightmare is to outsmart her psychopathic tormentor. But Herman has experience on his side: He's entrapped and tortured other women before, playing sick and twisted mind games with his frightened victims.