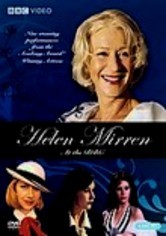 1974 NR 1h 45m DVD
Helen Mirren stars as Beatrice-Joanna in this early breakout performance. Engaged to Alonzo (Malcolm Reynolds) but in love with Alsemero (Brian Cox), Beatrice-Joanna uses the smitten De Flores (Stanley Baker) to help rid her of her fiancé. Widely considered one of the best tragedies of the English Renaissance, this Jacobean drama is part of the BBC's "Play of the Month" television series. An exclusive 30-minute interview with Mirren is included.