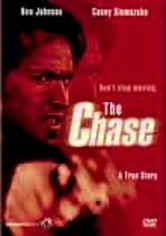 1991 NR 1h 33m DVD
After robbing a bank, killing a cop and abducting an old man, Phillip Hutchinson (Casey Siemaszko) gets sent to a Texas penitentiary -- but it doesn't take long for him to escape. While he's on the run, a series of strangers reaps the consequences of Hutchinson's fugitive acts. Based on a true story, this made-for-television drama co-stars Ricki Lake as an insecure bank teller and Megan Follows as a pregnant drug addict.