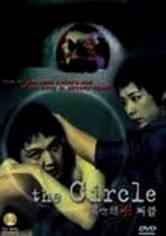 2003 NR 1h 50m DVD
The fate of a serial killer rests on the persuasive powers of attorneys on both sides of the trial in this Korean thriller. The artistic sociopath (Woong-in Jeong) murdered and ate six women, painting colorful abstract patterns on their bodies before each meal. While the female prosecutor (Soo-yeon Kang) fights hard for the death sentence, the defense attorney (Jae-ryong Jeon) argues that his client is possessed by a man who died in the 1930s.